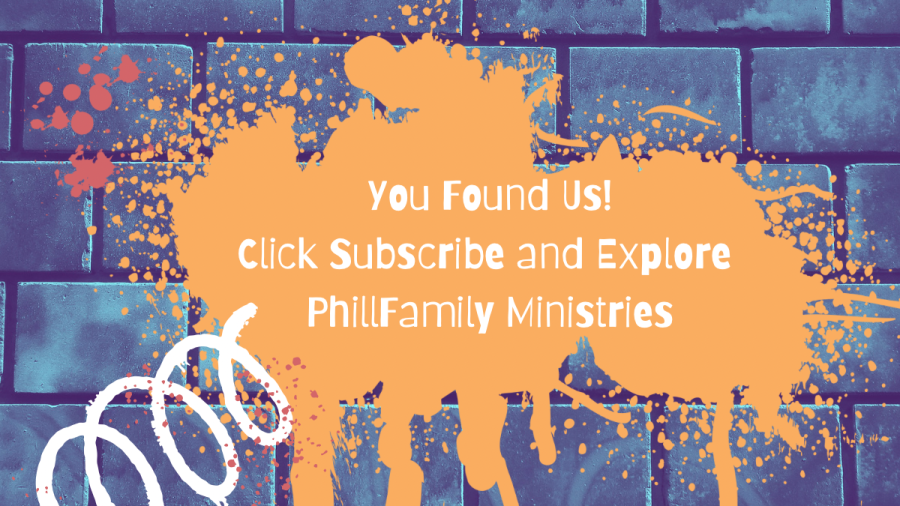 Welcome to PhillFamily Ministries! Our family is dedicated to furthering God’s Kingdom by inspiring families. There will be something for everyone on our blog! Each week, we will be posting a “Story Snack” that we wrote together based on a Bible story or Biblical wisdom. These are geared towards children and teens ages 7-15, and will include a “Note to Nibble” for the week, along with a coinciding Bible verse. PhillFamily Ministries will also be posting weekly printable memory verses, “Weekly Memory Munchies”, that go with each story. “1 Minute Bible Bits” will be short, encouraging audio messages based on God’s Word. And lastly, the entire family will find free printables and digital material posted in “Tangible Takeout”.

This week, check out our…

“Aden and Everette: An Adam and Eve Story”.

Aden and Everette, twin brother and sister, move to an unfamiliar town and start the seventh grade at a new school. During their first week, the twins make some new friends, Estell and Seth. Aden decides to invite them over for a sleepover on the weekend.

The four kids play games, watch a recently released action movie, and eat too much popcorn, pizza, and ice cream. Before Aden and Everette’s parents go to bed, they tell the kids they can help themselves to snacks in the cupboard or fridge, but to stay out of the cupcakes they made for the church banquet on Sunday.

Once their parents are gone, Estell and Seth try to tempt the twins to eat some of the cupcakes their mom made. They say there are so many, their parents will never notice. Aden and Everette know it is wrong to disobey their parents, yet they want to impress their new friends—not to mention, the cupcakes do look really tasty. The twins give in to peer pressure and decide to split two cupcakes between the four of them. Our parents will never notice just two missing cupcakes, they think. The kids giggle through their mmms and yums, and can’t stop talking about how gooey and delicious they are.

As they eat the cupcakes in the glow of the open refrigerator, the kitchen light comes on. The kids attempt to hide the evidence, but can’t hide the chocolate on their faces or the chocolate crumbs on their shirts. Aden and Everette’s mom calls Estell and Seth’s parents while their dad drives them home. The twins are sent to bed.

The next morning at breakfast, Mom and Dad sit the two down for a discussion. Their parents say their actions the previous evening remind them of the story of Adam and Eve when they disobeyed God by eating from the tree of knowledge. They explain that God set down rules for Adam and Eve, yet they were influenced to eat from the tree anyway. The twins’ parents further highlight that Adam and Eve were cast out of the garden for their sins. Although the twins won’t be cast out of the house by any means, they need to be disciplined for not obeying their parents.

Mom and Dad ask the twins to come up with a disciplinary action they think is fitting for their sin of disobeying. The twins say they shouldn’t have any sleepovers for a while and should be a better influence for their friends instead of being influenced by bad suggestions. They have the power to influence others with their good choices just as much as others can influence them with bad choices.

One thought on “Welcome!”

Keep the King, in EVERYTHING!